A method for rapid, mass-efficient deposition of highly crystalline organic films under near ambient conditions of pressure and temperature is reported based on delivery of an organic precursor via an impinging gas jet to a substrate coated by a thin liquid solvent layer. Films of the organic semiconductor tetracene were deposited by sublimation into a flow of argon carrier gas directed at an indium-tin-oxide/glass substrate coated by a thin layer of bis(2-ethylhexyl)sebecate, and growth was followed in situ with optical microscopy. A fluid dynamics model is applied to account for the gas phase transport and aggregation, and the results compared to experiment. The combination of gas jet delivery with an organic-vapor-liquid-solid growth mechanism leads to larger crystals and lower nucleation densities than on bare surfaces, with markedly different nucleation and growth kinetics. An explanation based on enhanced solution-phase diffusivity and a larger critical nucleus size in the liquid layer is proposed to account for the differences. 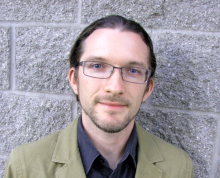 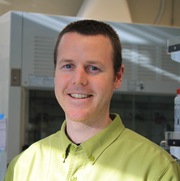 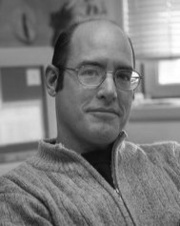