Ce Leis Tu? To Whom Do You Belong: Teeth Mothers, Muses and Longing in the poetry of Nuala Ni Dhomhnaill and John Montague

This paper compares similarities between the poetry and perspectives of John Montague and Nuala Ni Dhomhnaill. Both poets were impacted by the Irish diaspora since Montague was born in Brooklyn then sent to live with an aunt in Garvaghey when he was four. Ni Dhomhnaill was born in Lancashire and sent at age five to an aunt in Ventry during the summer to learn Irish. Montague admits that he is partly Irish-American and Ni Dhomhnaill considers herself as an exile in her own country, “the little English girl not quite belonging to the Gaeltacht.” According to Ni Dhomhnaill, the diaspora has cultivated a “doubleness of focus, a capacity to live in two places at the one time…and to acknowledge the claims of contradictory truths without having to choose between them.” While Ni Dhomhnaill intends to recuperate the female psychic continent that has been historically repressed, both authors draw on Irish landscape and tradition to explore the contradictions between the Ireland that they knew as children and modern Ireland impacted by globalization. This paper asserts that their stance as exiles in their homeland has given them the ability to occupy a Janus position between the Ireland that is receding and what Ni Dhomhnaill refers to as the emerging “global pop monoculture.”

Armstrong, Jeanne Ph.D., "Ce Leis Tu? To Whom Do You Belong: Teeth Mothers, Muses and Longing in the poetry of Nuala Ni Dhomhnaill and John Montague" (2007). Western Libraries Faculty and Staff Publications. 49.
https://cedar.wwu.edu/library_facpubs/49 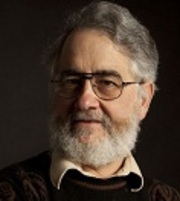 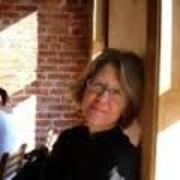