Crosses between laboratory strains of mice provide a powerful way of detecting quantitative trait loci for complex traits related to human disease. Hundreds of these loci have been detected, but only a small number of the underlying causative genes have been identified. The main difficulty is the extensive linkage disequilibrium (LD) in intercross progeny and the slow process of fine-scale mapping by traditional methods. Recently, new approaches have been introduced, such as association studies with inbred lines and multigenerational crosses. These approaches are very useful for interval reduction, but generally do not provide single-gene resolution because of strong LD extending over one to several megabases. Here, we investigate the genetic structure of a natural population of mice in Arizona to determine its suitability for fine-scale LD mapping and association studies. There are three main findings: (1) Arizona mice have a high level of genetic variation, which includes a large fraction of the sequence variation present in classical strains of laboratory mice; (2) they show clear evidence of local inbreeding but appear to lack stable population structure across the study area; and (3) LD decays with distance at a rate similar to human populations, which is considerably more rapid than in laboratory populations of mice. Strong associations in Arizona mice are limited primarily to markers less than 100 kb apart, which provides the possibility of fine-scale association mapping at the level of one or a few genes. Although other considerations, such as sample size requirements and marker discovery, are serious issues in the implementation of association studies, the genetic variation and LD results indicate that wild mice could provide a useful tool for identifying genes that cause variation in complex traits. 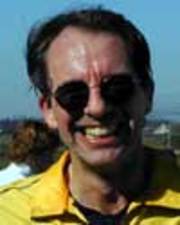