This paper uses farmers' responses to exogenous weather shocks in South Africa's Limpopo River Basin to gauge how farmers are apt to respond to future climate change-induced shocks, in particular drought. Droughts are expected to increase in both frequency and intensity as a result of climate change. This study examines the costs of drought today and who it affects the most, in an effort to guide policy adaptations in the future. A combination of descriptive statistics and econometric analysis is used to approximate the potential impact of droughts on rural South African households. This paper also estimates household vulnerability. After controlling for household heterogeneity using propensity score matching, it is noted that there is no statistically significant impact of droughts on income, thus suggesting households have already adapted to living in a drought-prone environment. The types of households that were more vulnerable to climate shocks are analyzed using two measures of vulnerability: the probability of falling below income of 7,800 South African Rand (R), and the probability of income falling below 16,000 R. Residents of the Limpopo province were the least vulnerable under both metrics. Setswana and SeSwati households were more vulnerable than other ethnic groups. Households that do not own livestock and households that rely on rainfed agriculture were also more vulnerable than other households.

IFPRI holds the copyright to its publications and Web pages but encourages duplication of these materials for noncommercial purposes. Proper citation is requested and prohibits modification of these materials. Permission to make digital or hard copies of part or all of this work for personal or classroom use is hereby granted without fee and without a formal request provided that copies are not made or distributed for profit or commercial advantage and that copies bear this notice and full citation on the first page. Copyright for components not owned by IFPRI must be honored and permission pursued with the owner of the information. To copy otherwise, to republish, to post on servers, or to redistribute to lists, requires prior specific permission. 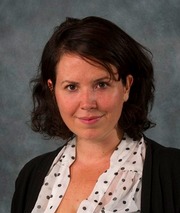