When the Gustavian opera was inaugurated on 18 January 1773 with a performance of Johan Wellander and Francesco Antonio Baldassare Uttini’s Thetis och Pelée, the anticipation of the new cultural establishment was palpable among the audiences in the Swedish capital. In less than a year, the new king, Gustav III, had turned the entire leadership of the kingdom topsy-turvy through his bloodless coup d’état, and in the consolidation of his rulership, he had embarked upon a bold, even politically risky venture, the creation of a state-sponsored public opera that was to reflect a new cultural nationalism, with which he hoped to imbue the citizenry with an understanding of the special role he hoped they would play in the years to come. Proclaiming himself as “the first citizen among a nation of free citizens,” Gustav sought to recreate the primary position Sweden had played in European politics during the so-called Stormaktstid of the previous century, while at the same time give the public a form of entertainment that would both please the aesthetics of the time and educate them on their destiny as a nation, with himself as their popular ruler.

The TijdSchrift voor Skandinavistiek is an open access journal. 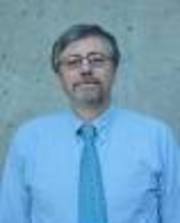